Ceridwen graduated from the University of Queensland in 1992. She has extensive experience in private practice and hospitals in Australia and the UK. She was the team physiotherapist for the Australian Precision ice skating team in 1997 (and a 6 times Australian champion in her ice skating days!) Crid’s special interests are lumbo-pelvic-hip dysfunction, ante […] 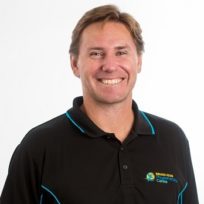 Daniel is a “born and bred” Gold Coaster and graduated in 1992 from the University of Queensland. Together with his wife, Ceridwen (”Crid”), he is a Director of Burleigh Heads Physiotherapy Centre, and its sister clinic, Broadbeach Physiotherapy Centre. Dan has extensive private practice and hospital experience on the Gold Coast. He has worked in England […] 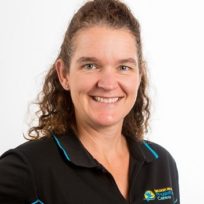 Natali graduated with a Bachelor of Physiotherapy from the University of Melbourne in 1994. After working for a year in the hospital system in Melbourne she relocated to the UK where she worked in both the National Health Service and private practice. Natali returned to Australia in 2007 and has been working in private practice […] 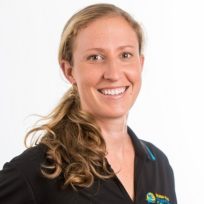 Katrina completed a double degree in Physiotherapy and Exercise Science in 2006 at Griffith University on the Gold Coast. Since then she has worked in both hospital and private practice sectors in Queensland, NSW, and most recently in well recognised Sports Clinic in Melbourne, Victoria. After many years away from the sun & surf, Katrina […] 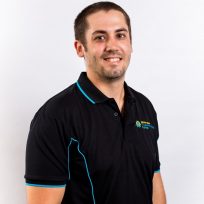 Addie graduated with a Doctor of Physiotherapy (Bond University) in 2013. In conjunction with her undergraduate degree in Exercise & Sport Science (Deakin University) she is equipped with the knowledge and skills to treat a vast array of musculoskeletal and sporting conditions.  Addie is a passionate physiotherapist who is driven to help her clients optimise […] 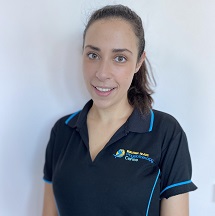 Stefanie completed a Bachelor of Health Science and Master of Physiotherapy at La Trobe University in Melbourne in 2017. Her interests in Physiotherapy include: Clinical exercise and Pilates Strength training Running related injuries Back pain Neck pain Stef is passionate about helping her clients adopt a healthy lifestyle, by becoming physically active, and importantly, being […] 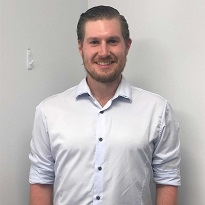 Nicholas joined us in August 2021 with 5+ years’ experience. He graduated from Podiatry at QUT in 2015 and has worked both up in the Far North and the Sunshine Coast since graduating. Nicholas moved down to the Gold Coast at the start of 2021 with his wonderful wife and daughter. On the weekends, he […] 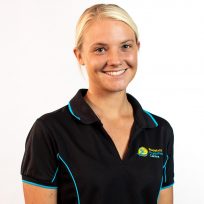 We are “Members Choice” and  “Members First” provider physiotherapists (at our Broadbeach clinic), for Medibank Private and BUPA, respectively.
This means that you have less out of pocket expenses for your treatment.

Our Response to Covid-19

This page is up to date to our best knowledge, however, this is a rapidly evolving situation so we apologise for any potential delay in updating this information.

We want to reassure all our patients that we are following stringent infection control procedures in our clinic, and screen all people coming into the clinic, to exclude any patients that have any signs or symptoms consistent with Covid-19, as well as screening any patients that should be in isolation ie recently returned from overseas, or have been advised to isolate due to recent exposure with a known Covid-19 patient.

All our staff have now completed the Department of Health Covid-19 Infection Control Training.

What are we doing to minimise risk?

On the 30th March 2020 – the Australian government issued a statement that “People aged over 70, aged over 60 with pre-existing conditions, or Indigenous people aged over 50 should stay home wherever possible for their own protection.”

The decision to come in for physiotherapy treatment really is an individual one – if you feel that your treatment is medically necessary, and are comfortable with the risks of leaving your home and coming to physiotherapy, then rest assured that when you attend our physiotherapy clinic, we are following our strict infection control processes and doing everything we can to minimise your risk whilst in our care. However, we completely understand if you are not comfortable with coming in for treatment.

We are offering telehealth consults and home visits (where suitable) for patients who cannot attend our clinic.

Please stay safe and take care of each other!

We are monitoring the situation very closely and will make adjustments to our business as we are further informed. Our priority is the health & well being of our patients and our staff. Thanks for your understanding.